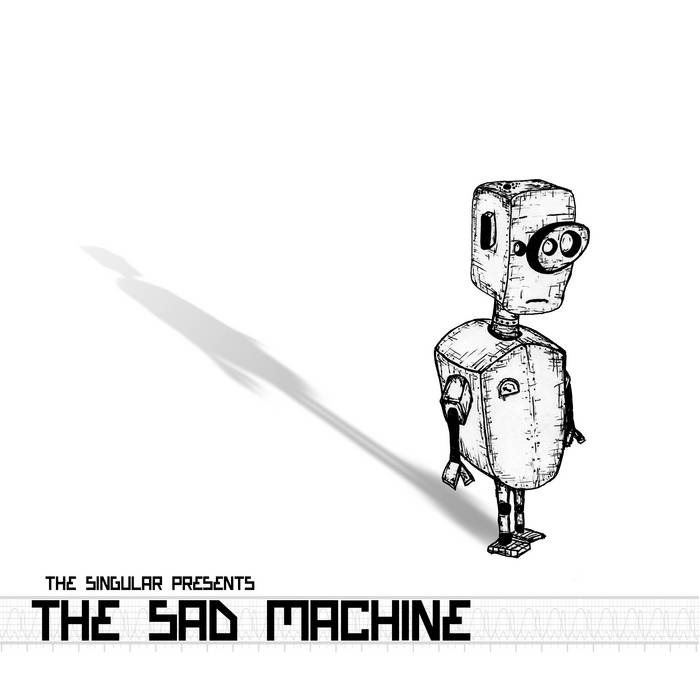 The Sad Machine is The Singular's first full length album as well as the first album to feature long time bassist and keyboard player, Terry Mortensen, and Nichole Catalano. The bulk of the tracking was done in a five hour session in Jonathan Rogers' basement, with the help of Rogers, and Andy Puch. This session took place in December of 2008 while front man James Pequignot was home from his short lived excursion to Los Angeles for Christmas. The only other instrumental tracking was of Pequignot's parent's piano, which was done in their living room shortly after the initial tracking. The album was then produced, mixed, and mastered during the remainder of Pequignot's time in LA. The final touches were put into place after he returned home to North East Ohio in February of 2010.

The melancholy clappers on traveling salesman problem, and the ghostly whispers on patience as a virtue were: Amber Manfredi, Nicky Mortenson, James Pequignot, Terry Mortensen, and Jordan Valentine

The free-jazz trumpet samples on The Devil’s Two Step, and the violin solo on The Traveling Salesman Problem were recorded by kaponja and FreqMan respectively. They were used under the creative commons license and can be found at the free sound project. www.freesound.org